A comment on the [-1] address, with IQANrun/IQANdesign version 5.02 the dialog box is modified to shows a clear text description of the -1 status, now it is saying [No address tag]

This does not explain why you had the multiple address problem though. After investigating, we figured out that the problem is with the XC10.

The XC10 module is not designed to have the same real-time performance as the other IQAN expansion modules, and when running a too short polling cycle, it cannot always keep up. The symptoms is a No contact followed by a multiple address, this typically occurs after startup or after enabling of the module. I have observed the symptom on 10 ms application even with just one XC10 expansion in the system.

With other IQAN expansions such as XA2 or XC21, the limiting factor is simply the bus utilization, but the XC10 needs more margins.

It should also be noted that the XC10 local sample rate is only 20 ms, so for functions using XC10 I/O there is little or no value in trying to run a faster cycle than this this.

Disable open load DOUT MC42
By disabling DOUT under current detection, you are disabling the ability to detect open circuit when the DOUT is ON, but you still have the feature for open load detection when the output is OFF.

On the MC4x series, the Digital out HS have two ways of detecting open circuit of the load, both methods result in the same channel status, Open load.

If you want to disable open load detection for an output altogether, you can place the DOUT in a function group, and disable the function group. This is the method I would recommend for outputs that are optional.

Creat DM1's To Send Out

The list in the IQAN-MD4 will show one line for each SPN, if the channel name is too long it will cut the last part.

There is no difference in the bandwidth usage for a multi-master system between versions 4 and 5, the APPOUT/APPIN protocol (Master bus) is exactly the same.

The APPOUT/APPIN:s is a protocol designed primarily for safety related communication, and because of the way we designed it there is a lot of overhead compared to more high-density protocols, e.g the the expansion module bus.

Each APPOUT you add will take up one full-length CAN frame (DLC 8) with extended identifier (29bit). The bus speed is 250 kpbs, so that translates to about 0.7 ms on the bus for each APPOUT/APPIN combo.

Note that if you actually use the APPOUT/APPIN:s for safety related real-time data, you would set them to send continuously with a known time instead of the "on change" setting, so then it becomes relatively easy to predict the bus load.

There is no feature to do exactly what you request with auto-generating J1939 messages between masters, but there is another feature coming that might help some, the DBC file import:

Digital outputs, HS+LS are grouped with one high-side to 1-4 low-sides, the combinations are listed in the installation and I/O chapter.

When you sit with IQANdesign 5, it could be easier to spot the groups by looking at the DOUT:s that have the same highside pin numbering.

Report filename depending of the machine ID

No, the report filename is a fixed text, and as you write, the folder structure that gets created is the distinction between each run of the script.

I changed your question to an Idea topic instead.

I know you have established a good contact with Ed to investigate, but for anyone else reading this post, here is a short summary:

The No contact when using a short cycle time and sample rate divider could possibly be explained by an unnecessarily short timeout, that is being updated in version 5.02 that will be released shortly.

Why the MC4 gives a multiple address detect for the XC10 is still not clear to me. 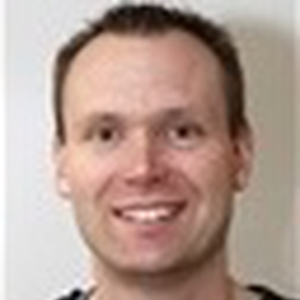