I bounced into this forum while searching for information pertaining to IQAN-DG instrument.

My problem is that the display is distorted or rather damaged. On the printed circuit board, it stateds DMF5001NY-LY  Org_DMF5001NY-LY.jpg . I managed to acquired a new display unit DMF5001NY-LY-ATE-BBN . After installing, this display unit seems not compatible! The resolution of the text seems

weird, enlarged, cut-off and shifted to the right side Text_res1.jpg Text_res2.jpg.

As i am lack of technical information regarding the screen resolution, i am lost here. I assume this is a resolution problem with the new display unit.

Any information, help or solution to this problem is greatly appreciated.

The only two options i can give you is to send the DG in to Parker for repair or contact the OEM for the machine it is suppose to be installed on and ask if they still have a replacement DG.

Get in contact with your local Parker sales company to get further information about how to proceed with a repair.

Are you still working on this problem?

From the pictures is looks like your font mode is wrong 8x8 and not 6x8.

Normaly you can set this with some jumpers at the back of the display.

Do you have a picture from the back of the new display.

I don't know if this was solved by the original poster, but I encountered the same issue when replacing the display in an IQAN-DG. I ordered the display from the link below:

To make it work properly, I had to do the following modifications on the new display unit:

- Solder cable from original display, the wire from A to LED+, from B to LED- 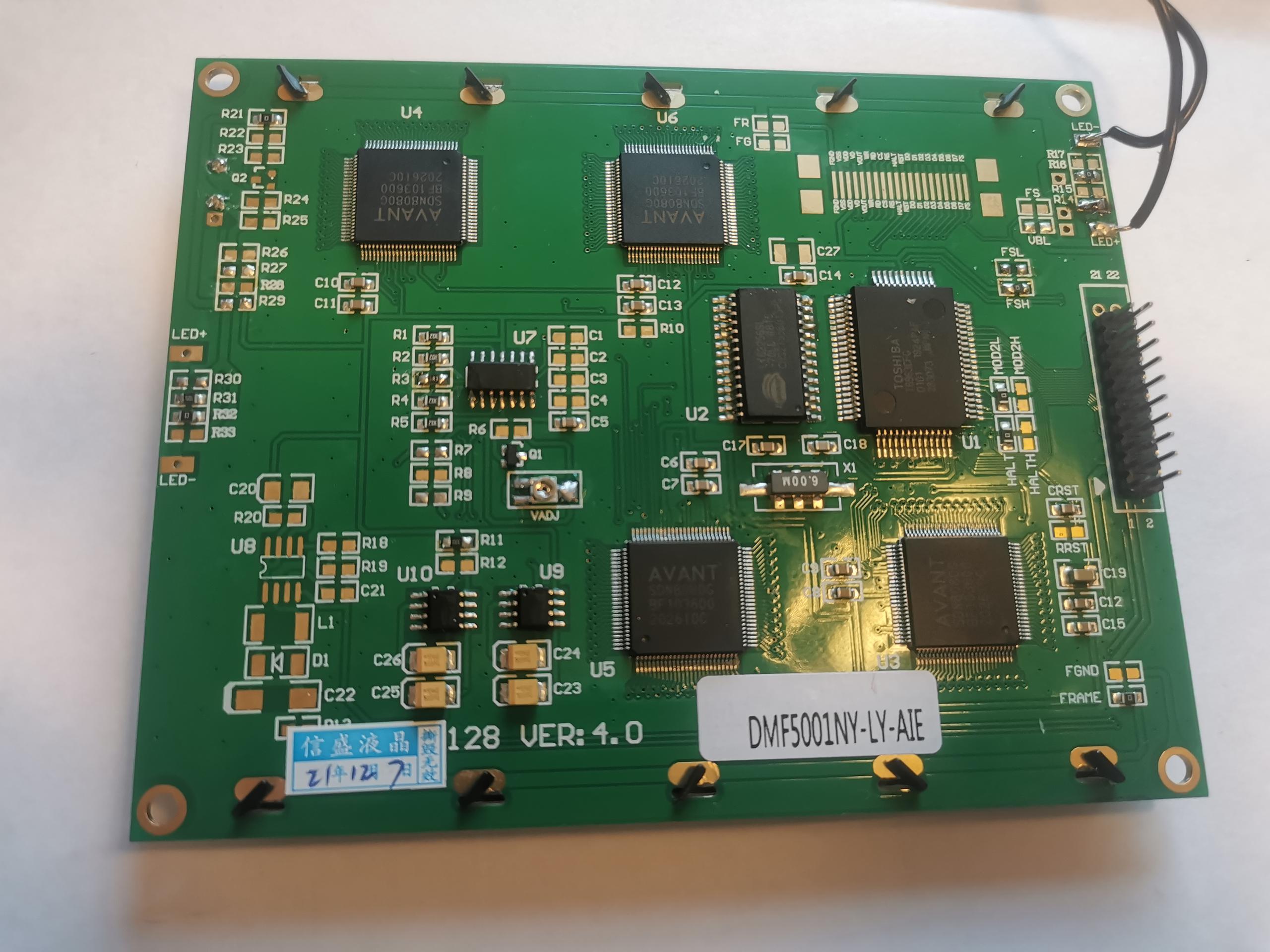 A follow up on my last post. I changed the display on three IQAN DG units, and they have all been working fine until this week, when one of them suddenly got a very bad contrast. I had noticed that it was not possible to change the contrast from the menu on the new displays, but it was very good, so I didn't bother much about that.

But now I had to look more into what had happened. It turns out that the new display modules have their own circuitry for creating the negative voltage that is required for the contrast setting, so the voltage that comes from the IQAN DG board is not used at all. It was this circuitry that now failed on one of the units. Don't know if it is a generic fault on these modules, or why this happened.

But here's how to modify the display module so that it will use the contrast setting from the IQAN DG board instead:

1. Remove Q1 (in the image also VADJ is removed, but I don't think that is necessary).

2. Add a wire from one of the pads of R6, going to pin 5 on the main connector header.

3. Fixate the wire with some glue. 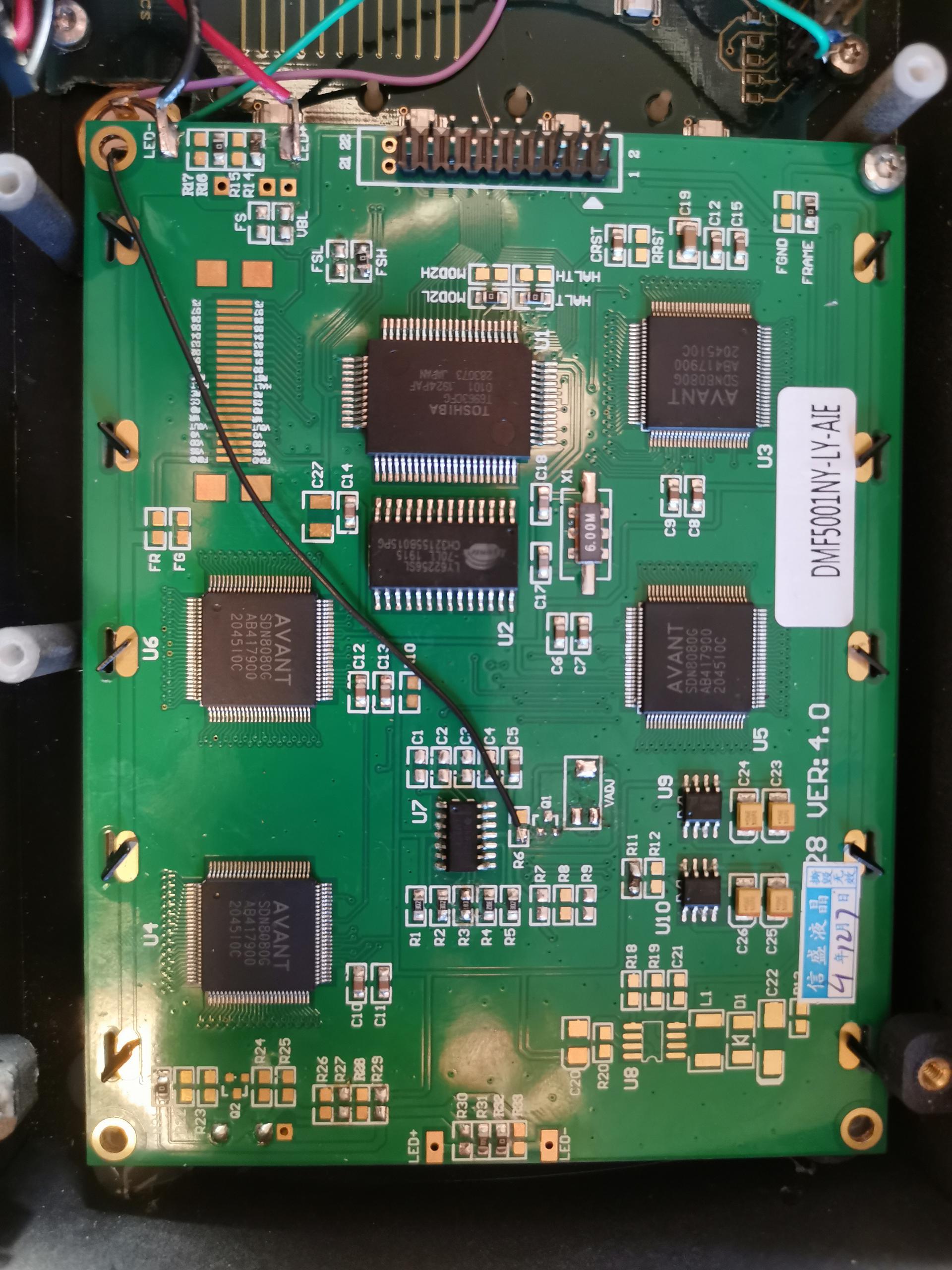 4. When installing the display in a machine, you'll probably not see anything before you have to set the contrast. This is made in the display settings, in the Huddig machine that I was testing this in it was accessed by pressing MENU, RIGHT, second soft menu button from the top twice, DOWN multiple times to lower the contrast setting until the image appears.

In this machine, the old setting was 56%, and I had to lower it down to about 29% before getting an image.