Just started an IQAN (ida4) with IQAN-Run 4.06. So it automatically opens the "Project View" tab, but I couldn't see anything but the left "Project Manager" list (see screenshot). Turns out the other middle/right panels were on the far right, beyond the borders of the screen. After minimizing/maximizing the screen, I eventually saw the drag-borders to restore the sizing.

Once restored, I could restart IQAN-Run without trouble. So I guess it had something to do with first-time usage. 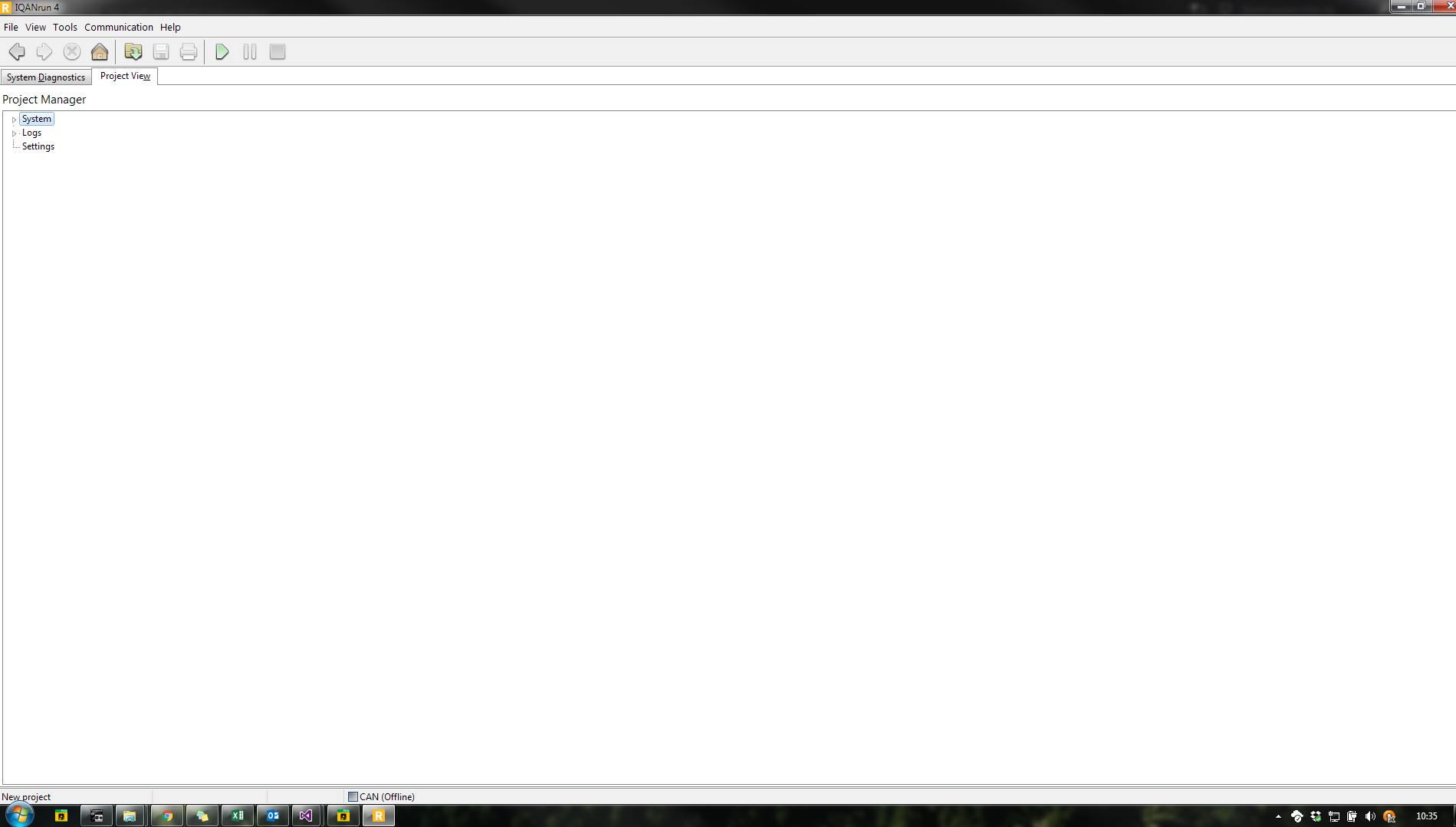 However, I can't explain this through the phone to service people using IQAN-Run, they generally don't know much about computers. Besides fixing this issue, a "restore workspace" button (like IQAN-Design also has) would be nice.

IQANrun 4.07 will now restore panels to their default width if they are abnormally wide, i.e. covers the entire window.