Is there a chart comparing controller performances other than just I/O counts such as Memory size/ processor speed.

Specifically I am looking to decide what is the next platform we are going to use.  I am looking for a Non display master with large number of Can interface.  So MC43 comes to mind but in thread I read it does not seem to be as powerful as the MD4 display series.

In the modules chapter in IQANdesign, there is a table with comparison of some key characteristics, such as available memory. 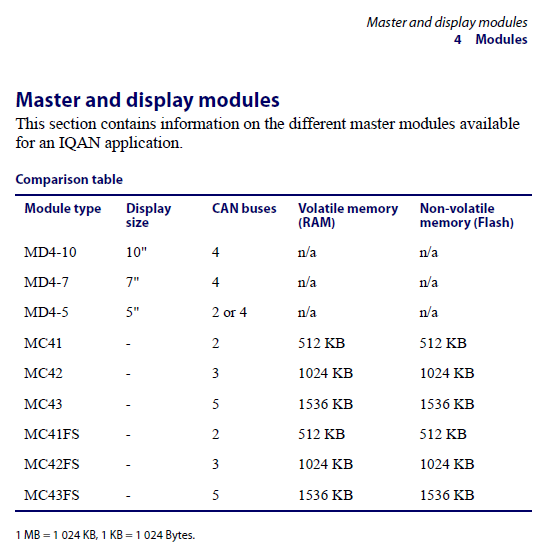 For the MC4x series, the table show the amount of RAM and Flash that is available to the application you create in IQANdesign.

For the MD4 series, the amount of available RAM and Flash is on a different scale and won't be the limiting factor when selecting what module to use. For the MD4, the practical limit on application size is instead set by the processing power needed to run the application.

For this, it is tricky to make an apples and apples comparison between MC4x and MD4.

If you take identical applications that only crunch numbers and run it on identical cycle times (e.g. 10ms) on both the MC4x and MD4, then you should expect to see a slightly lower cycle utilization on the MD4, at least on average. This is an illustration of how it could look: 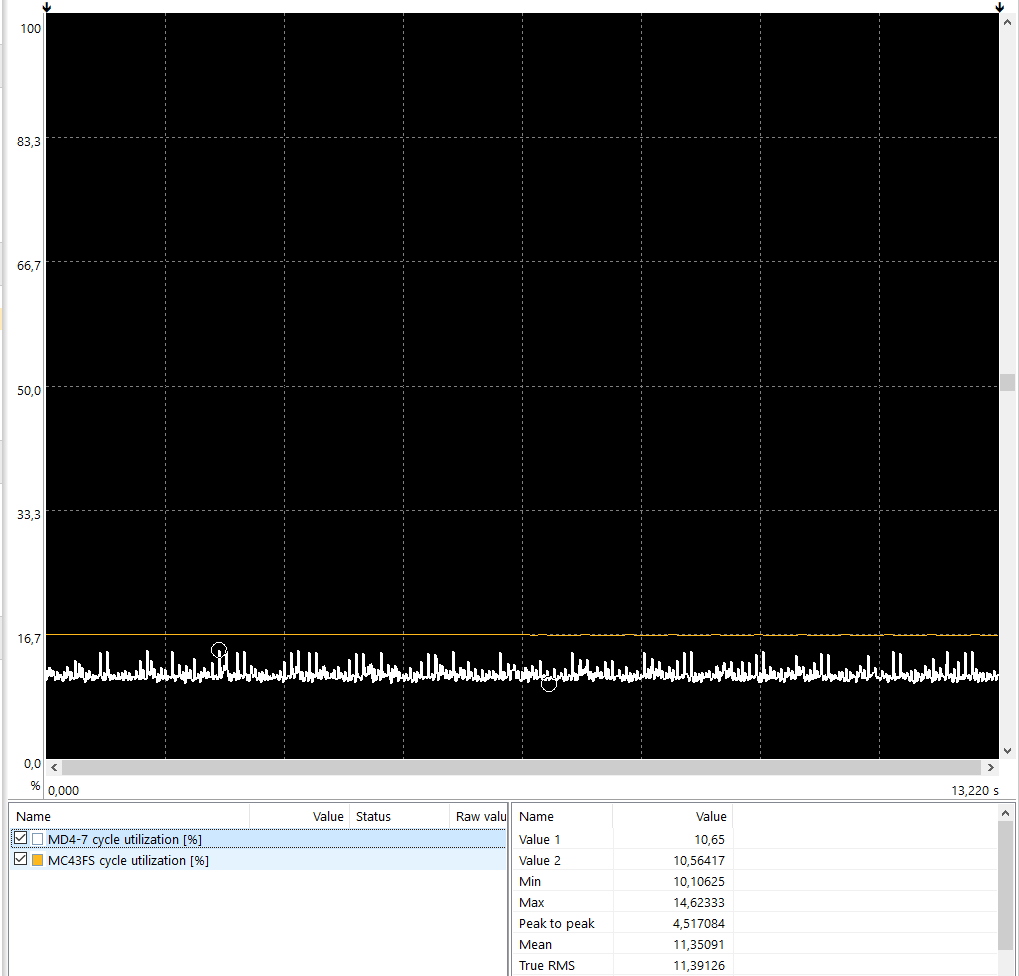 MC4x has the advantage that its utilization is very predictable, for example its cycle utilization is less influenced by the amount of CAN traffic. You could choose to run a shorter cycle time on the MC4x (resulting in higher cycle utilization), knowing that you don't need the same level of margins.

With an MD4, you shouldn't run cycle utilization as high as you can do on MC4x, as the MD4 also needs time to run other tasks like the graphics.