I have a problem with an array channel Qcode. I have 4 array channel really similar, but for one of them, a variable is not accepted and I have a "no resulting object error". 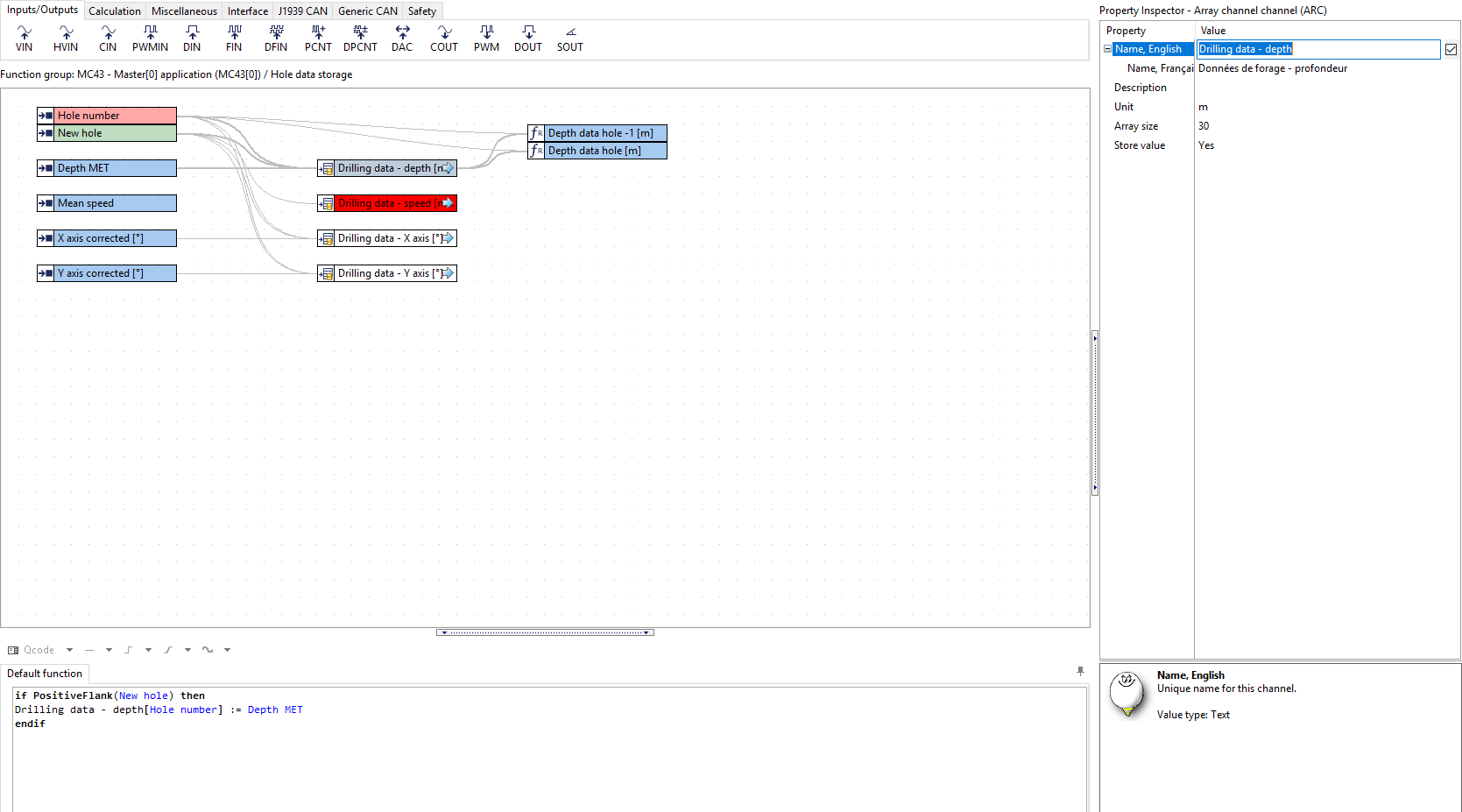 Both Qcode are the same axcept the variable. I try to re-write several times the code, I always select the variable from the suggested list.
For your information, I work with IQANdesign 4.07 version. It is not the forst time I have so weird error like that. Once, in a Math function, I had to add *1 not to have an error.
Thanks in advance for the help !

What does the error message say if you hover over the red lamps in the left gutter?

The error is located on "Mean speed" variable, but I think the problem comes from the "Hole number" variable that is not recognized as a variable.

Could it be that the name of Mean speed ends with a space?

Yes ! You are right, I checked and it ended with a space. I removed it and now it works, no more error.

Thanks for the help !

Good. I'll create a case so we can detect/handle this in future versions.

Channel names are no longer allowed to start or end with white-space characters in IQANdesign 5.03.