Ethan Zeman 2 years ago in Master modules / MD4 • updated 2 years ago • 6
I have seen increased reports of customers who have had to replace MD4s due to failed touchscreens.  The MD4 will still work fine but the touchscreen will quit responding.  I've had a few returned for review and it almost seems like the screen is delaminating (see attached photo)?

Most have occurred after several years of operation so not particularly early hour failures, but I would still expect a longer life from a touchscreen (my phone for example gets much more use and abuse).

Just wanted to put this out to see if others are seeing the same issue or if Parker is aware and has made any improvements to the screen over the years?
Vote 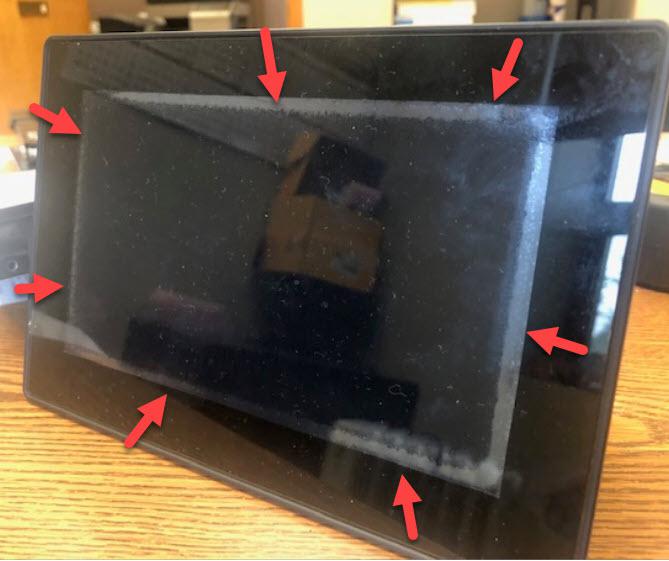 I represent a product that uses this screen in some cases twice in each piece of machinery.

I have seen this failure in screens of only 23 months in age.

So far the count of screens replaced is over 20 and thru the OEM, they are not cheap and the machine will is not able to be operated correctly as user inputs are required to clear even service reminders....

I also have returned screens for evaluation.  No feedback as yet....

The construction of the screen is such that it also cannot be repaired as it is "potted" in place in keeping with the IP68 rating.

Hi Ethan,  We have not seen the same problem - not yet anyways - hopefully never.  Just curious if there is something unique about where this MD4 is mounted.  Is this mounted in a cab?  Are there other potential environmental issues, lots of direct sun, high heat, high humidity, high vibration, etc.?

They are mounted I a sealed cab, heavy equipment application.

Yes, we had the same issue once.

It occurred with a costumer that run a large number of our machines in Hong Kong. it occurred in multiple machines al around the same periode, summer

In less hot areas we did not have problems.

Parker replaced the display under warranty.

i have not seen any more problem after that

Yes, this picture matches a problem that was identified some time ago, in 2018 I think it was. Some units got a "white border" around the LCD.

It occurred on an earlier design, both the design and manufacturing process has since been updated.

If you check with your Parker sales representative, I think it should be possible to have some more detail about the corrective actions in response to the returns.