What are people using IQAN script for?

I am starting to play with IQAN script and trying to see what the real benefits are. Any insight as to what people are using it for, or if anyone is willing to send me some files to look through and play with (other than the example) I would be interested in dissecting it a bit.

Any insight is appreciated, thanks in advance.

Rather than the value of the variable, I get the text written in the argument i.e. %VariableName%

I am just doing a test the file is very basic.

On the script page I set the job number text field, the run command continues the script, then the variable gets set, and then process.cmd gets called.

Everything except the argument is working properly.

Is this a bug?

Generic "Get All Logs" Action in IQANScript

Is it possible when using a script to login and get logs, to just get all logs without having to pick them from the application? I'd like to make 1 generic script that logs in with the Root access and gets all logs for a long list of projects that have differently named logs and different arrangements.

The new grid component allows you to place controls in columns also, not only rows as before. 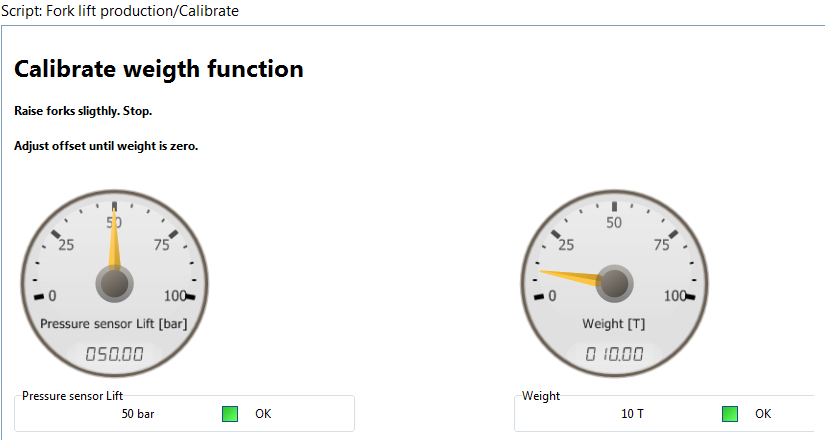 Support for breakpoints, pause and step when running a script from IQANscript. Also shows value and status of script actions in IQANscript as they execute in IQANrun. To add a breakpoint, click to the left of the script action. 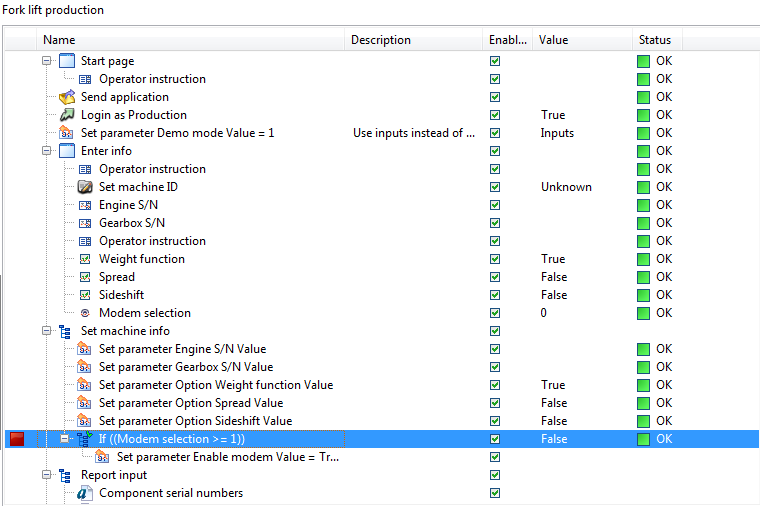 Added Execute Program script action. It is possible to pass arguments to the other program, and decide whether the script will wait for the program to exit before continuing.

Sreya Singh 1 week ago in IQANscript • 0

Is there a way to access and change the active state of IDC and FGI variables from IQANdesign in IQANscript?

Ability to suppress "Load Variables" Error when path not found

It would be nice if I could suppress this error from occurring.

The idea would be if the variable file didn't exist I could run a script to create the file.

Currently, after the error occurs I can either press 'Abort' or 'Retry', but neither of those proceeds further in the script.

Has anyone created a multi-page User Interface in IQAN Script 5/6?

I've previously used IQAN Customize 4 to create a User Interface, almost like a very basic website with a navigation menu to several pages, and some links to kick off scripts.  I am looking to create the same interface using IQAN Script 5/6, but I've run into issues with the Navigation.

IQAN Script doesn't appear to have the same button functionality IQAN Customize had, so I can't simply add a button image and link it to a script.  To combat this I tried using Multiple Choice Menu Buttons, but they don't work if you have 2 or more menus on a screen.  That is because you need to make a selection on both before it'll continue on beyond the screen.

I think this is a bug, as I've used the Continue function in previous versions of IQAN Script.

I also think that IQAN Script should have the buttons or links added.  For example, if there were <a href> tags that could reference scripts, then I wouldn't require such a workaround.

If a Multiple Choice Menu had a Required (true/false) field this too would resolve this issue.

The value type of Get parameter is initially Integer, but after successful execution, the value type changes to State (see bottom right corner) and Script file Check throws a Value type mismatch error for Set variable since it's not allowed to assign State values to Integer script variables. 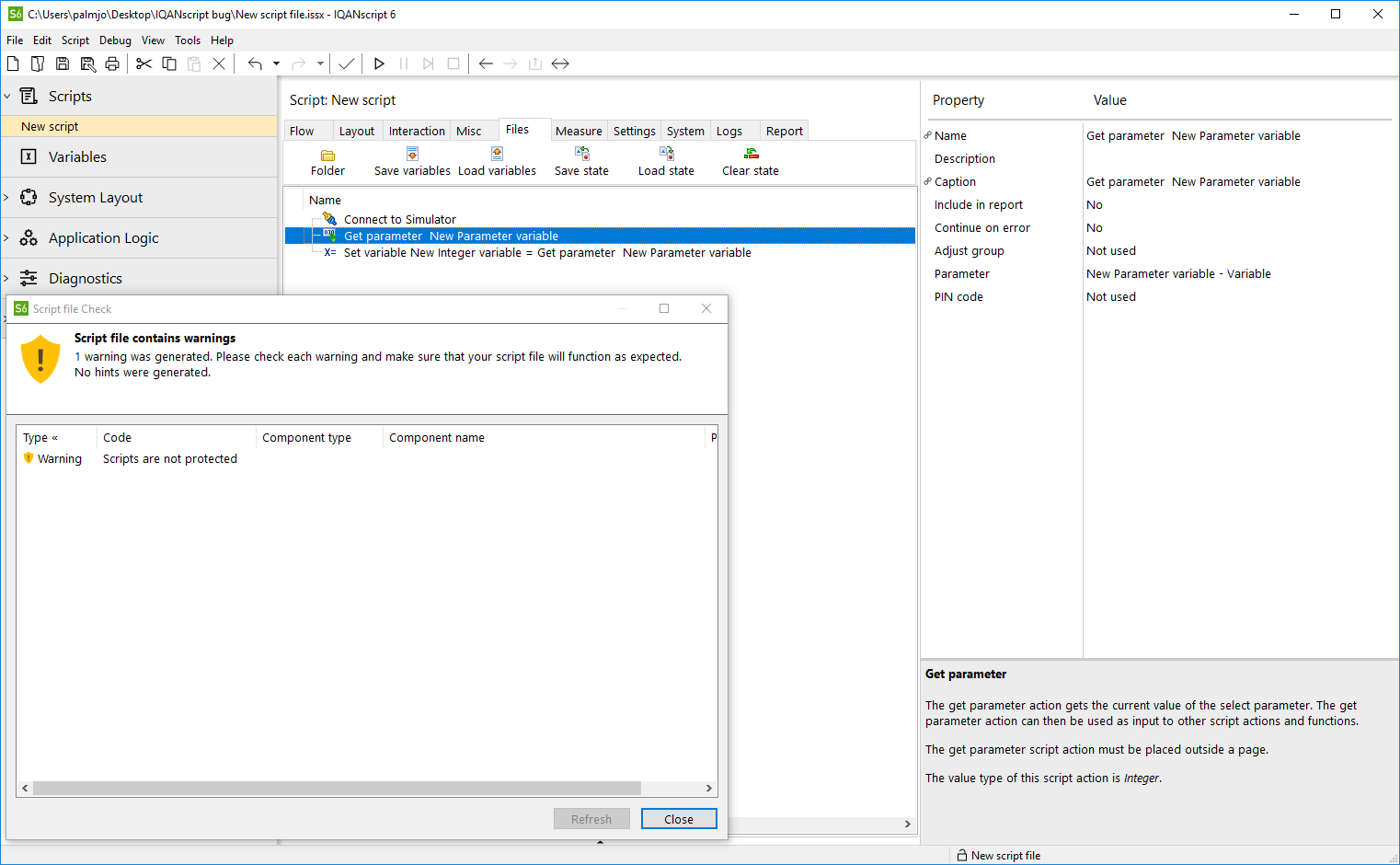 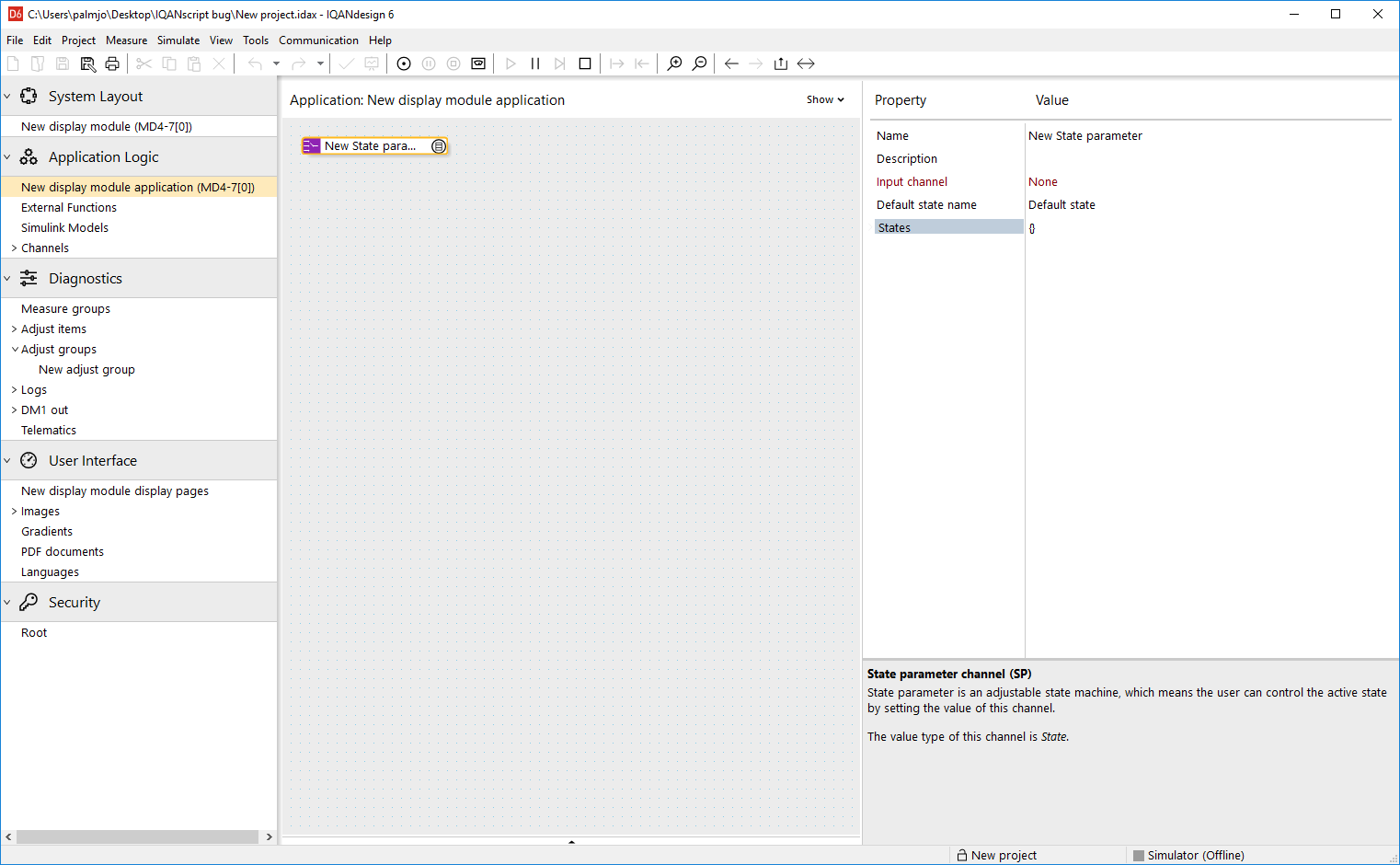 Script hangs on switch-else despite switch-case evaluated to true

The script hangs on a blank page in IQANrun after either switch-case has evaluated to true and it's not possible to continue execution.