There are a few different forum questions and feature requests that I think would be possible to solve if we had added some string handling functions, for example comparison of text channel values:

and conversion from integer to text

Anyone else who thinks this could be a good idea?

using MD4 to adjust function parameters within adjust menu, could a pop-up touch number pad be made available as an option to enter a new value rather than scrolling which can take a long time if the adjust range set is wide with a small increment step number

Please add the possibility of Bluetooth connectivtiy to IQAN Run for maintance purpose between Laptop and IQAN controller via G11 Bluetooth adapter.

Gustav Widén (System support) 6 years ago in IQANdesign • updated by Ulrik Zakariasson (Software development) 3 years ago • 6
It would be nice to have the possiblity to add a box for entering comments in the functionality view.
The Description field of the channels and objects work, but one must click on the individual channel to see it, or use the Project Documentation generation to see a more complete list of all descriptions.
Vote

It would be nice to be able to zoom in and out in the function group view and the system layout view.

In our company we use many times the same code in one application, and in differents target (MD3 and MD4)
for example we receive can bus data from two similar targets, then we do the same transformations for both on the data. Or we do the exact same task on a MD4 and a MD3.
That mean that we have 2 times the same code. We made a function group that we can copy but if we update one we have to update the other. And it is not that easy if the code is complicate.

It would be great to be able to make a kind on "User Function Group Lib", where we can define a function group with inputs and outputs that can be used in the application. Editing the function group in the lib would then update it every where.

Then the ability to export/import this lib to an other project would allow to be sure to have the same code on two different project.

I know that it is a big job but it would be such a great improvement.

It would be nice to have lables with lamp function. Be able to define "Input channel", "ON color" and "OFF color" for lables.It would be easier than making two lables as we do now.

I have an application where I want to show an access platform arm with 2 articulation joints: Lift & Reach. I want to draw 2 lines on the display page and connect them to the angle sensors. If the lift function is active, then the Lift line should rotate. At the same time the Reach line should dynamically recalculate its XY co ordinates to continue position itself at the end of the Lift line. I think this function calls for dynamic co ordinate properties. 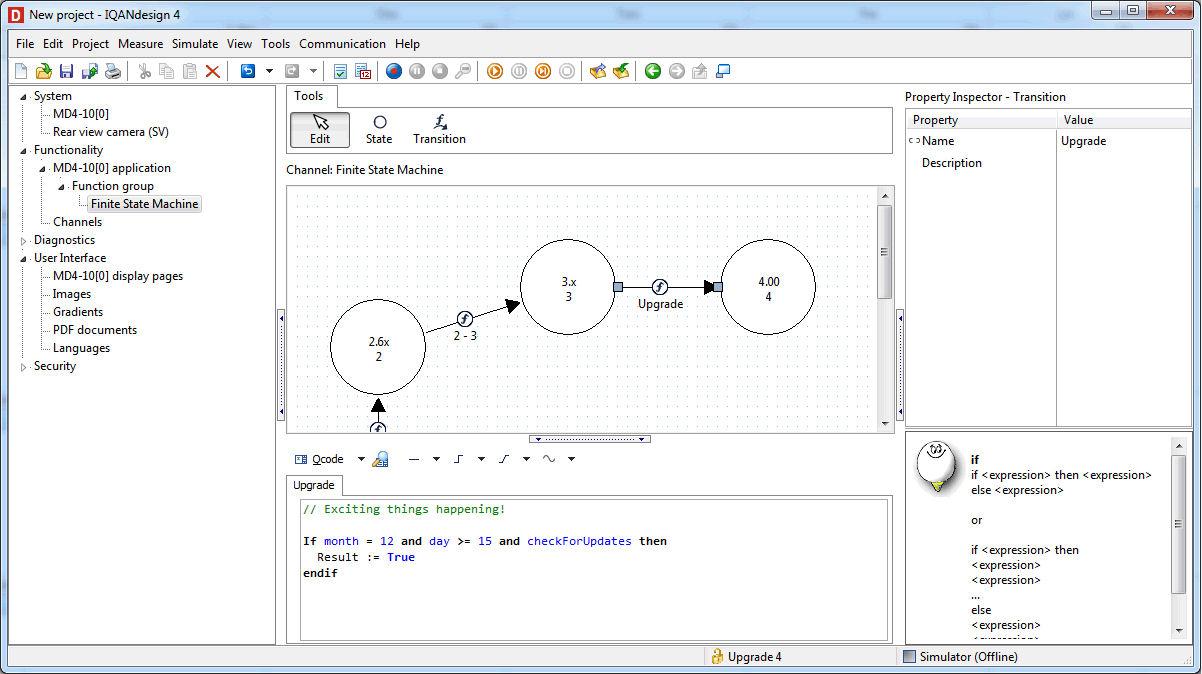