Finally there is a way to purchase IQAN softwares and IQANconnect connections online from http://iqan.se/store/ 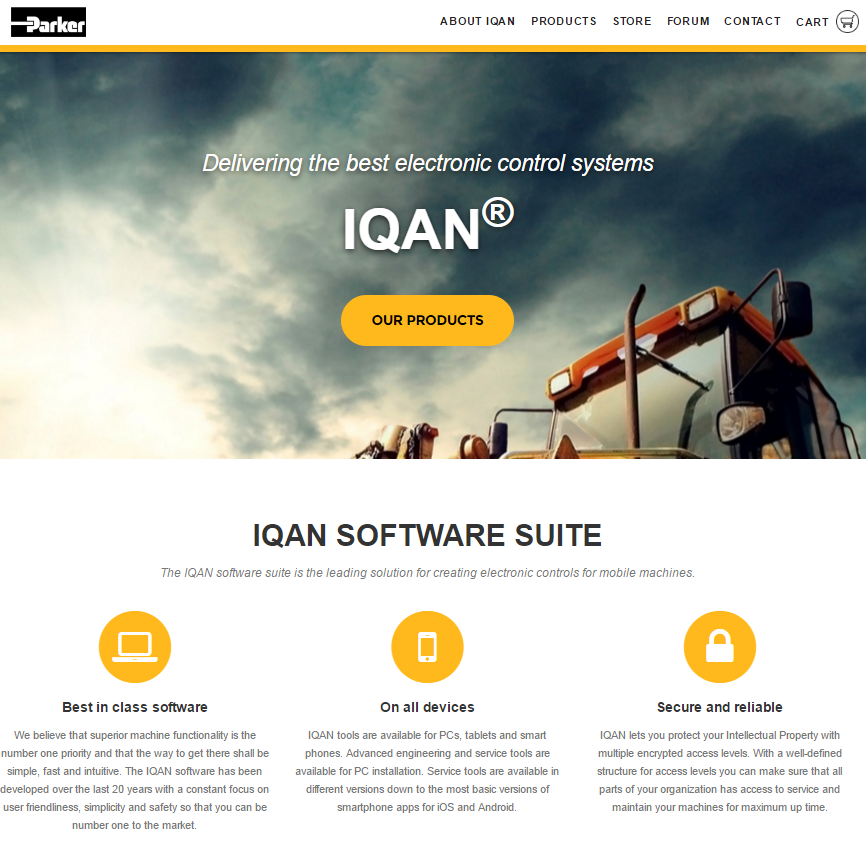 Volume pricing is available for pc tools and IQANconnect connections.

Payments can be done with credit card and paypal account.

Purchase and product fulfillment are through FastSpring a trusted reseller for http://www.iqan.se/store

It is possible to operate a distributor using the SV camera ? 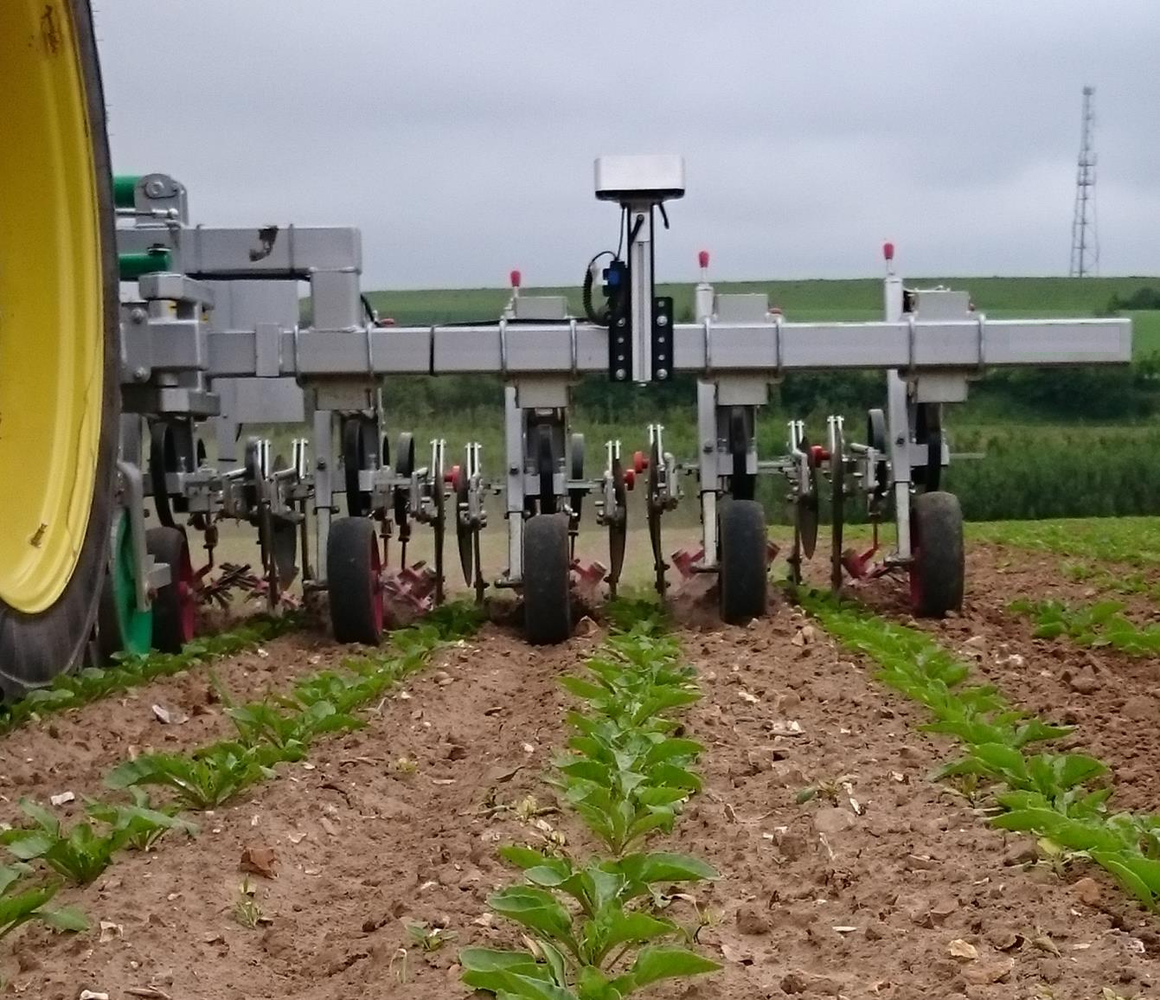 The camera must be able to find the middle of 2 lines of plant (vine or sugar beet), and guide to always be in the center.

As on the picture?

It would be nice to have a program like say "IQANapp" in which you can customize an iphone/android app for your machine. In that app the customer could view some information about the machine. Similar to the car manufacturers apps that are available today e.g Tesla and Volvo On Call.

The web store where connection keys can be purchased will be launched during the coming days. A link to the web store will be added to the forum within short. Connections purchased during September will be discounted with 50% with the use of the discount code "IQANCONNECT". The trial period is extended so you can try the service for free by using this license file valid to 30'th of September 2016.

IQAN-G11 Bluetooth adapters are available to order now and you can find more detailed info here:

Instruction book: (link could be temporarly unavailable, will be fixed in the near future)

Allowing multiple color choices for both the on and off states for virtual buttons on the MD4.

Futur plan for to use a tablet as an hmi

I heard a couple months ago that it is the plan for the futur that there will be a new program that allow a tablet to run a machine, is it true or in development?

Product lifetime of MD4 and XA2?

I'm in the process of upgrading a number systems using MDL2 modules and intend on using a MD4/XA2 combination in its place. Since this upgrade is largely due to the obsolescence of the MDL2 units I am concerned about the product line expected lifetime for the MD4s and XA2s. I remember that the MDL2s appeared to become obsolete rather suddenly, so are there any plans to make today's MD4 or XA2 modules obsolete in the next 5 years? 10 years? How would we find out when/if this status changes in the future?

We're excited to announce the release of IQANsync for iPhone. It is available for download on Apple's App Store now. 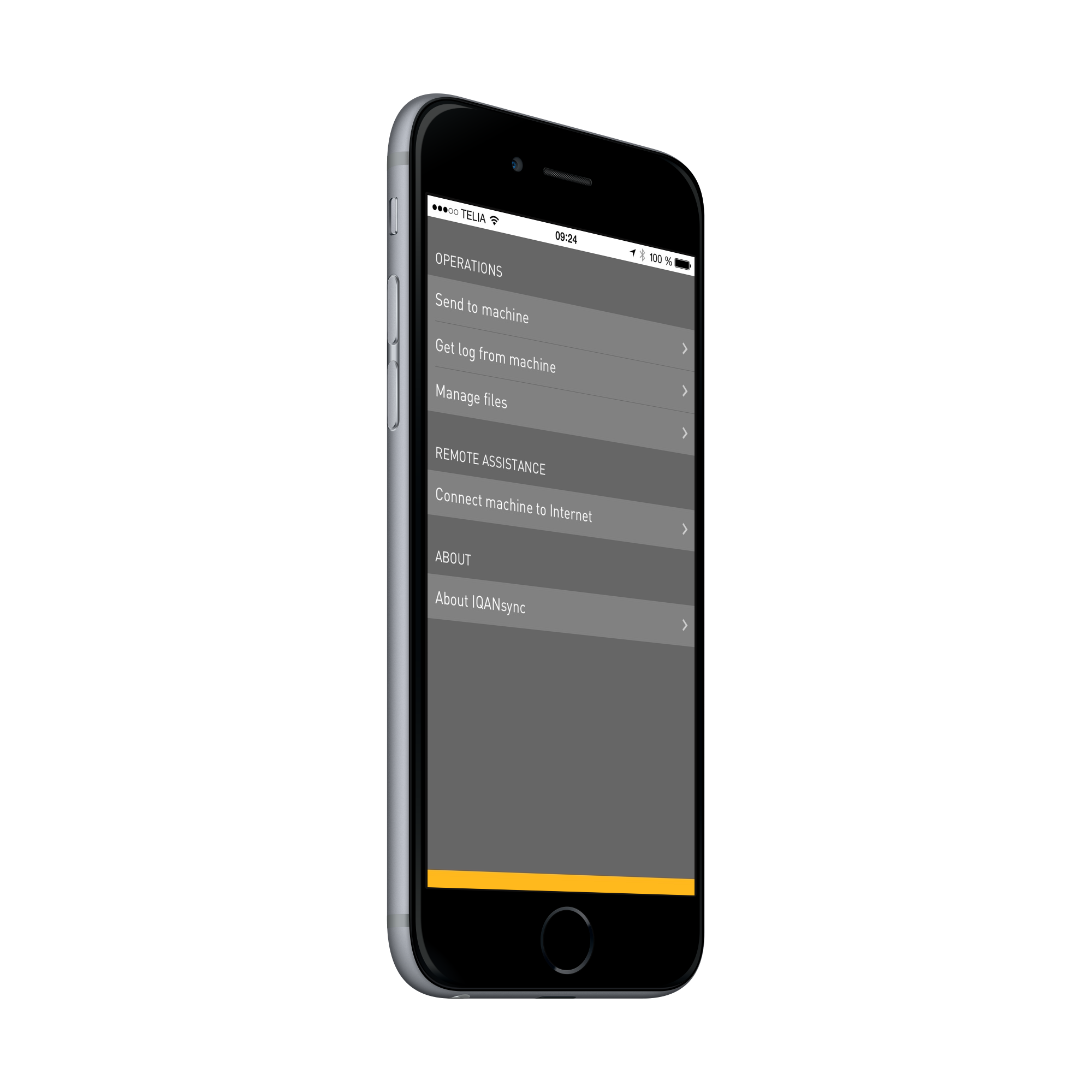 IQANsync lets you use your iPhone to update software and/or settings in an IQAN system. It supports project, settings and clone files. Transfer files to your phone using email or Dropbox, and then connect to the IQAN system via WiFi or Bluetooth to send them. Updates can also be done over Internet via IQANconnect.
Logs can be uploaded from an IQAN system to your iPhone. They can then be emailed or sent to Dropbox.
It is also possible to use your iPhone as a "modem" that connects your machine to Internet. This will allow remote personnel to connect to your machine and perform operations such as fault finding, software updates, configuration, calibration, etc.
Please see the attached user manual and press release for additional information.

IQANsync for Android will be released later this year.

IQAN-G11 will be available in April.

A pre-release version of IQANconnect is available for selected users. Contact us if you want to be part of the pre-release test program.

It would be nice in a future version to have the ability to do OTA to a fleet of machines by saving the new software to a server and machine would look for new software whenever connected to internet.